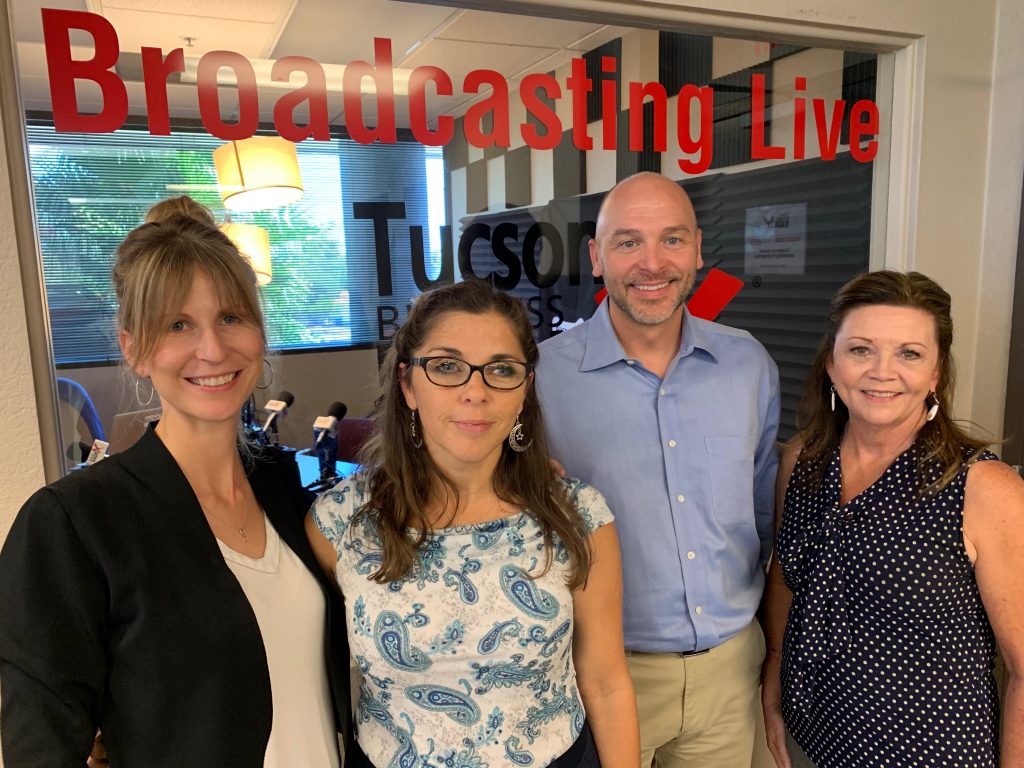 Today we are joined by Brandy Ferrer, President, and CEO, Pathfinder Strategies, a consulting company that helps clients create and sustain workplace cultures where people enjoy their work & perform at their best, and Chris Helin, Vice President Lovitt & Touche, who works with CEO’s CFO’s and Executive Human Resource Professionals to drive the development of long-term strategic direction for their Employee Benefit Plans.

On this episode, we will discuss with our guests how creating a workplace culture that emphasizes employee health, happiness, & productivity can help your business and your workers thrive now, and in the long-term. 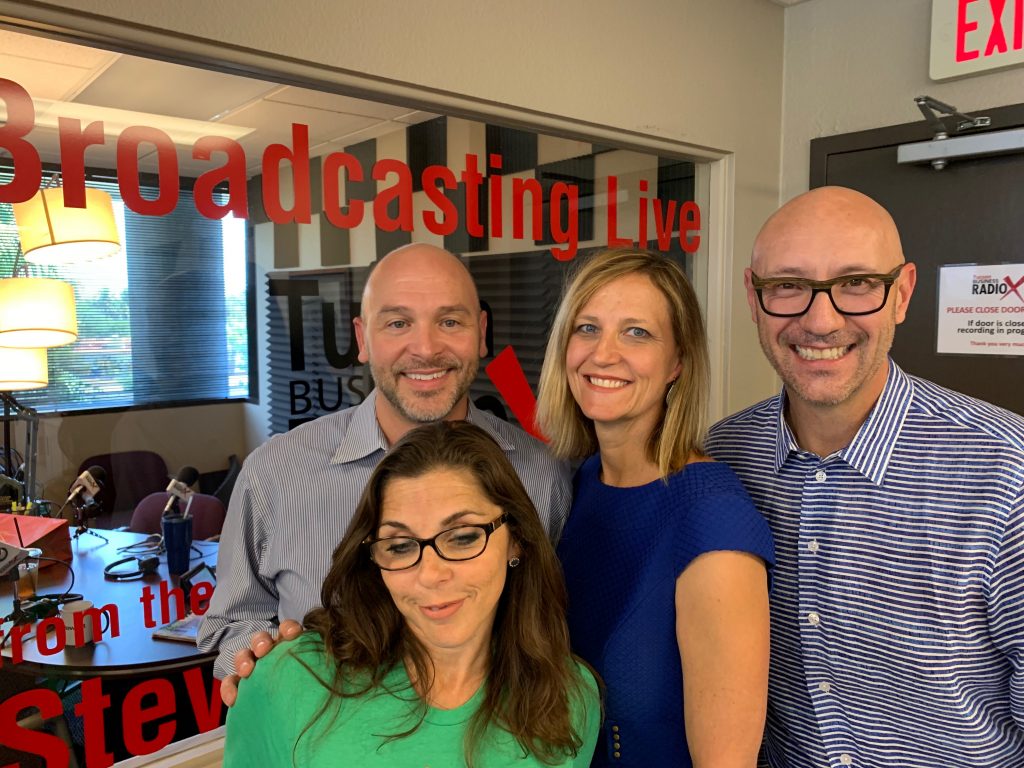 Today we are joined by Skya Nelson COO & Creative Director at Fed By Threads, who currently drives strategy and innovation for Fed By Threads, the leading Eco-Corporate Apparel company in the United States, and Dorie Morales Publisher & Editor Green Living Magazine a lifestyle publication about the eco-conscious lifestyle and sustainability. On this episode we will discuss with our guests how operating in a sustainable, eco-conscious framework can generate value in your business, the environment, and the wider community. 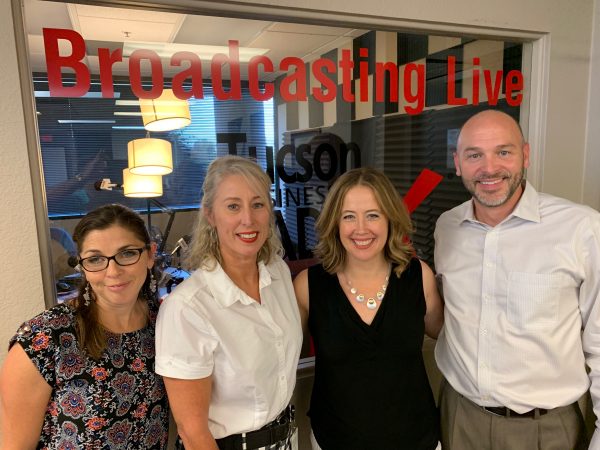 Today we are joined by Wendy Werden, Manager of Community Investment and Philanthropy TEP and an award-winning community engagement manager with more than 25 years of outreach, marketing, media, and strategic development experience. Also with us is Ciara Garcia, Chief Executive Officer Social Venture Partners Tucson a nonprofit organization dedicated to connecting individuals and businesses with true community impact. On this episode, we discuss how reinvesting in your community can generate value for the larger community that goes far beyond dollars and cents.

Today we are joined by Jeff Kiewel of Goodman Interior Structures, a Benefit Corporation that is focused on our community, environment, and employees as well as our shareholders, and Michele Wright, the founder of GoodTHREADS, Tucson’s only clothing bank for foster, adoptive and kinship families. 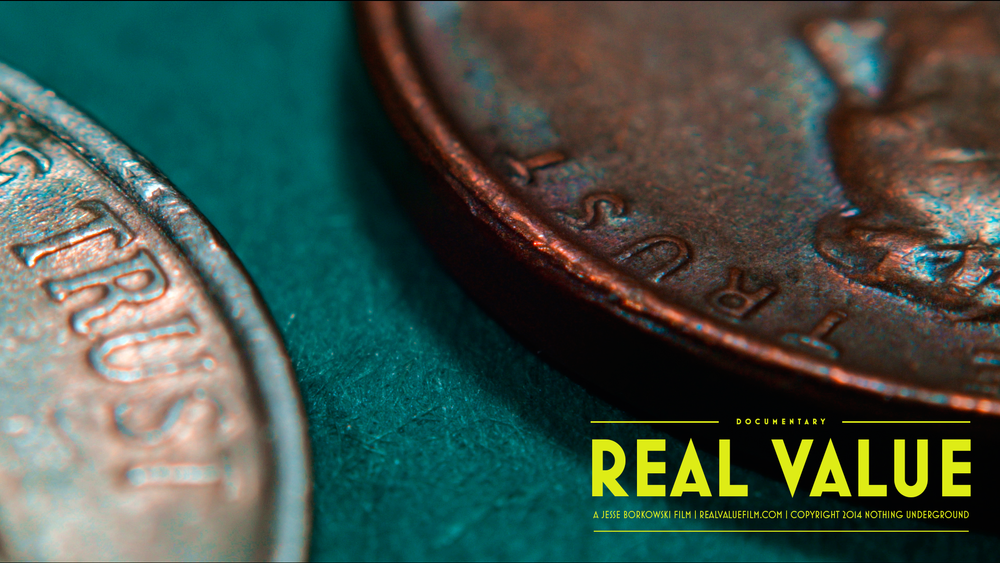 This film does a great job highlighting creative ways for organizations to build both sustainable profits and sustainable practices for society.

Today we are joined by entrepreneur and restauranteur Todd Hanley and Executive Director of the Tucson Audubon Society, Jonathan Lutz, to discuss Business Advocacy, Environmentalism, and the Growth of Downtown Tucson. 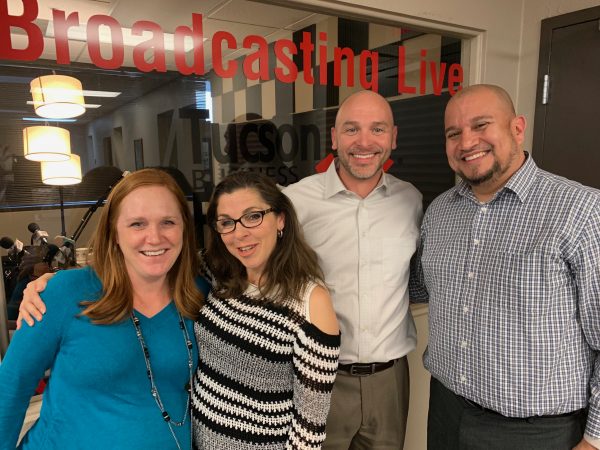 Today we are joined by two advocates and non-profit leaders who head up organizations that do the meaningful work of advocating social and racial justice in the workplace. 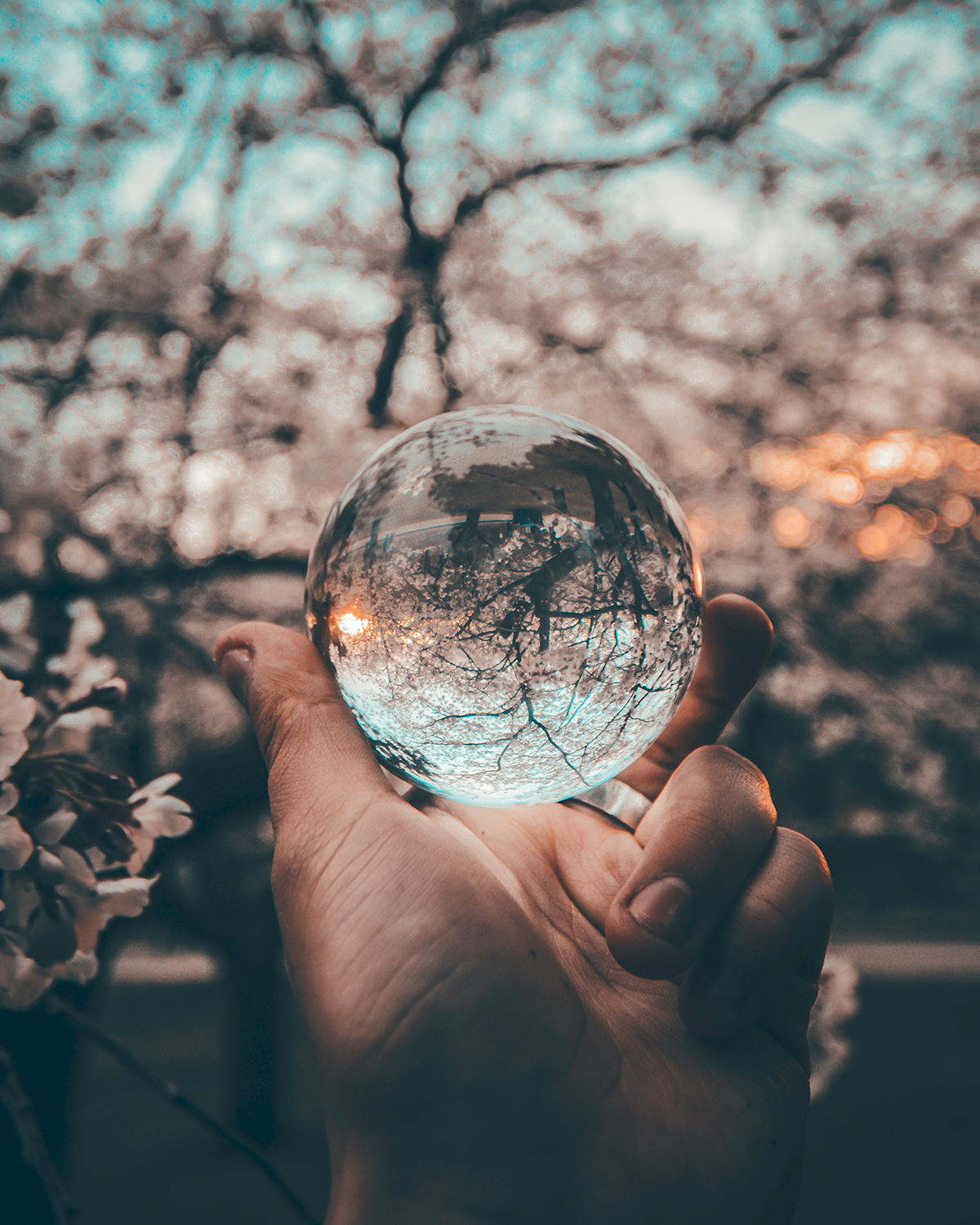 In March of 1968, Robert Kennedy gave a speech at the University of Kansas in which he included a powerful illumination regarding GNP that succinctly advances a line of thinking that we all should still be considering 50 years later.

“….Too much and for too long, we seemed to have surrendered personal excellence and community values in the mere accumulation of material things.  Our Gross National Product, now, is over $800 billion dollars a year, but that Gross National Product – if we judge the United States of America by that – that Gross National Product counts air pollution and cigarette advertising, and ambulances to clear our highways of carnage.  It counts special locks for our doors and the jails for the people who break them. It counts the destruction of the redwood and the loss of our natural wonder in chaotic sprawl. It counts napalm and counts nuclear warheads and armored cars for the police to fight the riots in our cities.  It counts Whitman’s rifle and Speck’s knife, and the television programs which glorify violence in order to sell toys to our children. Yet the gross national product does not allow for the health of our children, the quality of their education or the joy of their play. It does not include the beauty of our poetry or the strength of our marriages, the intelligence of our public debate or the integrity of our public officials.  It measures neither our wit nor our courage, neither our wisdom nor our learning, neither our compassion nor our devotion to our country, it measures everything in short, except that which makes life worthwhile. And it can tell us everything about America except why we are proud that we are Americans.”

The specific problems and concerns of today may not exactly mirror those spoken of in 1960, but the themes and parallels are no doubt present.  Our modern landscape has ushered in new challenges like life-threatening climate change, vast income inequality, hostile cultural divisiveness, and a grim public health picture.  At the national level, the common gauges of success and prosperity today are tied to measurements like GDP, crime rates and unemployment levels. It is great to see positive “scores” in those areas, but just as Robert Kennedy points out – they don’t tell the whole story. 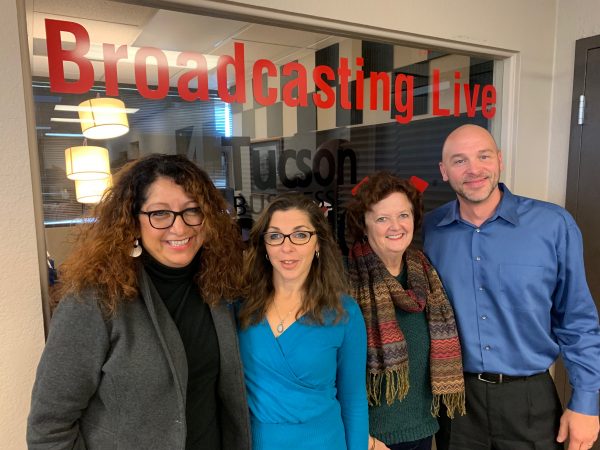 Sarah and I were treated to a conversation with a leader of a “2018 Best Places to Work” award winner and a person laboring on a global scale to confront the preservation needs of our planet.
Take a listen 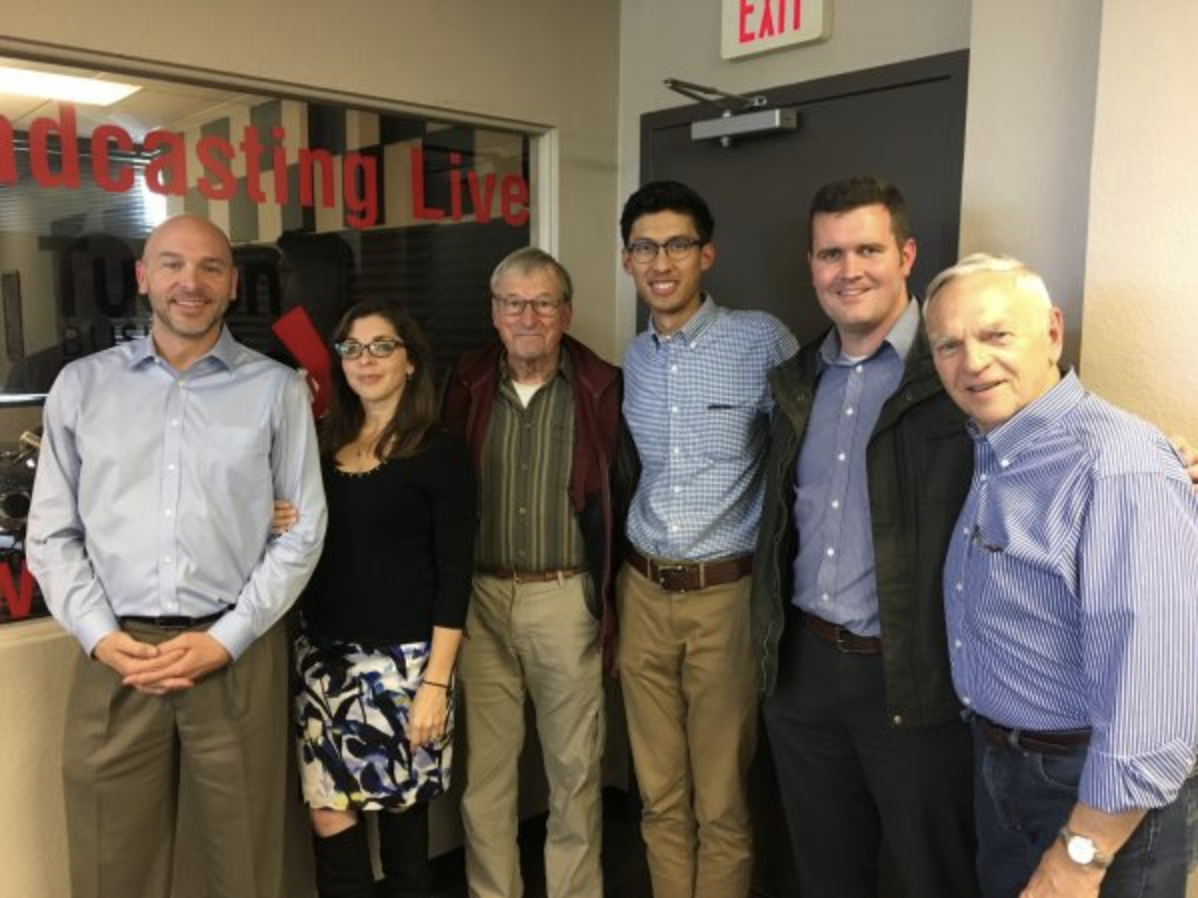 In today’s episode, we explore environmental initiatives in the Tucson area focusing on the Tucson 2030 District. Listen in to learn more about 2030 initiatives and the city’s that are making them part of their 10-year plan.

Check back soon for upcoming seminars!